7 Skills Students Need for Their Future

7 Skills Students Need for Their Future 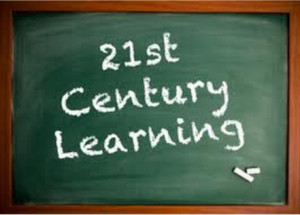 Over the past few years, there has been a major shift in the traditional education paradigm aimed at helping students become better prepared for the demands of work following graduation. This 21st Century Skills initiative changed the focus for students’ education from just cognitive skills, such as math proficiency, to cognitive and also non-cognitive job skills rooted in personality, attitudes and beliefs. Why should that matter to you and your children? Because schools are changing, and how schools measure student readiness for graduation is also changing.

Check out this video for an interesting take on 7 skills students need for their future according to Dr. Tony Wagner, co-director of Harvard’s Change Leadership Group, which includes:

Want more information? You can download this study from Microsoft Partners in Learning and Pearson Foundation, which looks at the relationship between developing 21st century skills in the classroom and how it relates to perceived quality of work later in life.

About the Author: bwi

With A Class Size Of One, The Sky’s The Limit

Study after study shows the enormous power of one-on-one tutoring. The reasons are as obvious as they are compelling. The instruction is delivered at a pace that is comfortable for each student. The subjects are presented in the way best suited to each student’s learning style. The tutor can add depth and meaning to subjects that just can’t be delivered in crowded classrooms where the teacher is under the gun to race through the curriculum.

With one-on-one tutoring delivered in the comfort of the home, the experienced tutor can form a bond that just cannot be created in a one to many classroom environment. The result is great grades and a level of interest and motivation that just doesn’t happen in larger groups, or when the instruction is delivered by software, or by a less qualified teacher.

On Average, Our Students Improve 2 Letter Grades In 60 Days Or Less

Yes, that may sound unbelievable. But at Santa Clarita In Home Tutoring, we have tutored nearly a half a million students over the past twenty years, and the data doesn’t lie. One of our expert tutors, working one-on-one with a motivated student can do remarkable things. Just three hours of tutoring each week, focused directly on the problem subject, using the student’s own classroom materials and curriculum, will deliver rapid improvements in understanding, and raise the student’s homework grades, and quiz and test grades. The payback goes beyond better grades too. The student is more confident, less stressed and develops a stronger foundation for future classes.

The Secret Is A Team Of Expert, Experienced, Kind, Caring, Professional One-On-One Tutors, Completely Committed To Your Academic Success

Each of our tutors at Santa Clarita In Home Tutoring is a valued and trusted employee. Every tutor submits to a comprehensive background check, is thoroughly reference checked, agrees to drug testing, and either has a teaching degree or a college degree in an important specialty PLUS experience teaching or tutoring. And we don’t just stop there. We do competency testing and extra training with our tutors.

What we deliver is a far cry from the questionable tutoring you will find on Craigslist, or from a tutoring broker who just scours the classified ads to find someone who looks like they fit your needs. It’s also a far cry from the kind of software-assisted instruction overseen by high school students that you see at so many tutoring facilities. The difference is quite tangible- it means faster grade improvement, better learning, all in a safe environment working with a true expert. Call us today to find out how a hand-selected, experienced, professional tutor, matched precisely to your needs, can make a difference in your life!